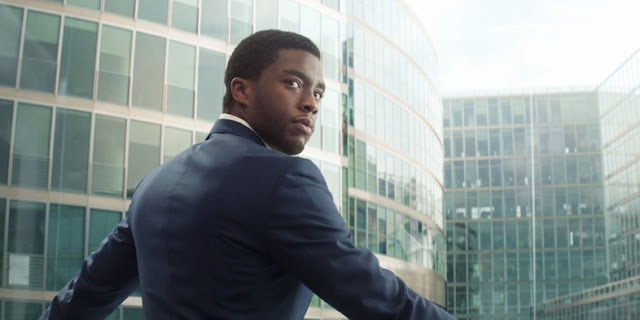 One of the guys bringing Marvel's Black Panther to theaters, Nate Moore, dropped some info on the Chadwick Boseman starrer.

Moore had the following to say about why Black Panther will jump right into T'Challa's story instead of delving into his origin (via Complex and Screenrant).

Let me know what you think of this Marvel news.


“What’s great is that people have already met Chadwick [Boseman] in Civil War, so now we get to jump in feet first without having to tell a more traditional origin story. We meet him as his world is changing. Black Panther takes place right after the events of Civil War, so T’Challa’s father has just been killed, he has returned home to Wakanda, and T’Challa has to navigate potentially becoming the new ruler of this nation. He never intended to become the king for years because he figured his dad would be around for a long time. T’Chaka’s death is, in a lot of ways, the catalyst for everything that’s happening in Black Panther.” - Nate Moore, Marvel producer