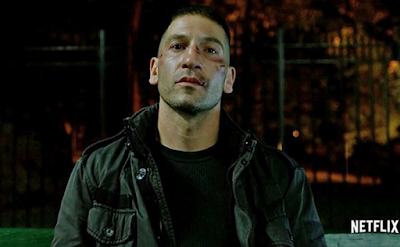 Jon Bernthal revealed in a new interview he almost turned down the role of Frank Castle - AKA The Punisher, but changed his mind after learning about the character's comics history.

Bernthal spoke to GQ about taking on the role of Marvel's anti-hero vigilante in the Netflix series Daredevil and his upcoming solo series The Punisher.


“I’m working on The Punisher now. You know, this whole superhero-comic-book thing is something I had zero interest in being a part of. The guys that I really, really respect as actors seem to have kind of purposely stayed away from that. I don’t mean that I’m above that or anything, just that it was not for me. But then when I got to know a little bit about this character… He ain’t got a fucking cape. He ain’t got any superpowers. He’s a fucking tortured, angry father and husband who’s living in this unbelievable world of darkness and loss and torment. Frank Castle resonates with me.”

Thanks to Flickering Myth for the heads up.
Jon Bernthal Marvel Cinematic Universe Netflix Punisher