GOTHAM: Could Jerome And Other Dead Characters Return? 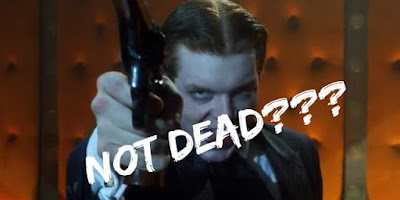 Since Gotham's currently on hiatus, news about the Fox drama has been light, but we have a bit to report today. At a recent comic convention, Gotham star Ben McKenzie hinted that death on the series might not be as permanent as we think. The actor responded to a question about the supposedly deceased Jerome by suggesting we might see the murderous villain again.


"Not only can we but we might. I can’t definitively say yes. I’ll put it this way: almost nobody that you’ve seen go away is dead. They are all able to come back."

We'll have to wait until Gotham returns on Feb. 29 to see if any "dead" characters return to make Jim Gordon's life even worse.

Cinema Blend has the full story below.
Gotham's Dead Characters Could Return, According To Ben McKenzie