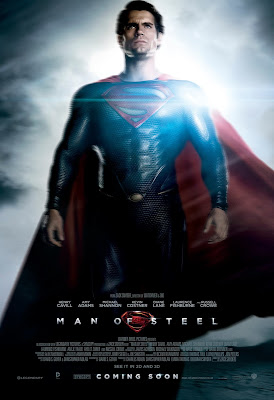 If you're like me, you loved Man of Steel and were blown away by the entire look and feel of the movie, but how about the sound? Yeah, I know the sound design and editing of a film aren't things that most fans pay a lot of attention to. However, this 11 minute featurette from SoundWorks Collection shows why the sound plays such a key role in making Man of Steel spectacular.

The video also shows how the sound designers snuck in an Easter egg that pays tribute to the 1950s Adventures of Superman TV show. Overall, the featurette is a great look at the making of an awesome movie. Check it out and let me know what you think.

From Warner Bros. Pictures and Legendary Pictures comes “Man of Steel,”TM starring Henry Cavill in the role of Clark Kent/Kal-El under the direction of Zack Snyder.

A young boy learns that he has extraordinary powers and is not of this Earth. As a young man, he journeys to discover where he came from and what he was sent here to do. But the hero in him must emerge if he is to save the world from annihilation and become the symbol of hope for all mankind.