Marvel Movies Infographic Gets You Ready for The Avengers

Okay, so you've seen all of the Marvel Studios movies that lead up to The Avengers, which has already opened in some countries and will open in the U.S. on May 4. You know that both Iron Man movies, The Incredible Hulk, Thor, and Captain America: The First Avenger, comprise what is known as the Marvel Cinematic Universe. You're ready to see all those heroes finally team up in one spectacular movie, but (if you're like me) you're still kinda sketchy on the exact timeline in which all of those flicks take place.


Thanks to Patrick Casey Bennett at CBM, we now have an infographic that puts the Marvel movie events into perspective. Before you check out Bennett's work, here's a few key points to remember -


*Note - I included the infographic below, but in order to read it, go to CBM for a larger version. 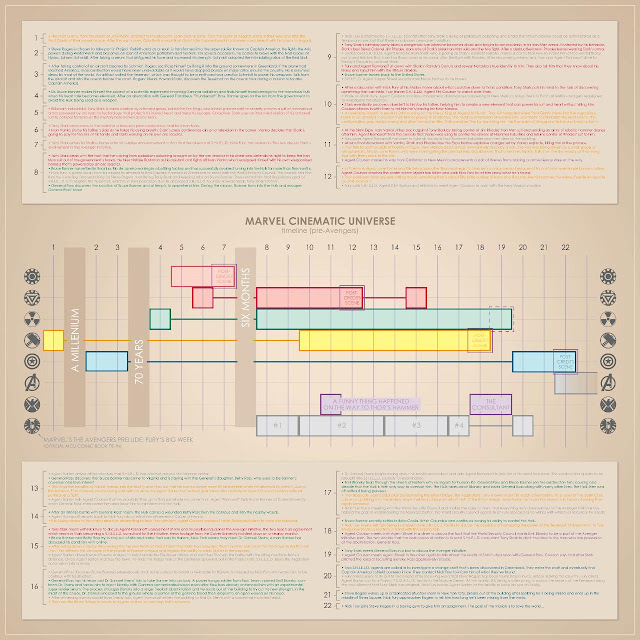