The Avengers: Tom Hiddleston Talks about the Villainous Loki

April 10, 2012
If you're like me, there's no such thing as too much Avengers news - what with the movie only a few weeks away (opening April 27 in the UK and May 4 in the US). We're starting to get more info from Marvel about the heroes and villains of their Cinematic Universe who will be sharing the screen for the first time this summer. I couldn't be happier, because I've always thought epics like The Avengers are more fun if I know a little about the characters and their motivations before seeing the flick. I don't mean anything spoilery - just some info on the main players' backstories and what the actors hope to bring to their roles. 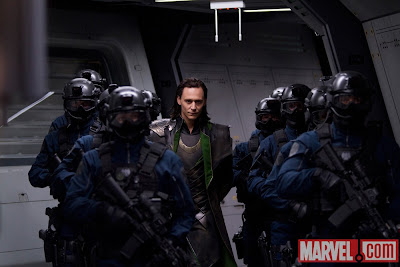 Take Loki, for example - we all know he's the main villain who will be battling the combined might of Thor, Captain America, Iron Man, and Hulk, but big fight scenes alone don't make for a great movie. We've got to care about why anyone, even a god, would want to take on a team of A-list heroes. Fortunately, we have a new article on Marvel.com, with none other than Tom Hiddleston giving us some deets on Loki's psyche. As you probably know, Hiddleston is the classically trained British actor who helped make 2011's Thor more than just another superhero movie. 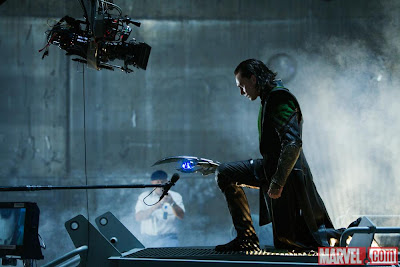 Check out a couple of highlights of the article and for more Loki info, hit that link.

“He’s a shape shifter, he is intelligent, he has strategic gifts, but he also has reservoirs of pain,” explains Tom Hiddleston, who reprises his role as Loki in “Marvel’s The Avengers.” “There’s [also] a degree of disappearing and reappearing, mind control, and self duplication, which throws a spinner in the works of people."

Any ideas about how Loki will fare against Earth's Mightiest Heroes? We already know he'll be back for Thor 2, but will he return for revenge or to finish what he started?