March 21, 2012
Back in 2010, when Sony announced it had given the Spider-Man franchise to director, Marc Webb, I was on board immediately. I liked the trilogy that Sam Raimi and company created, but every time I re-watched the films, they seemed to have not aged well. (BTW- Can you believe it's been ten years since Spider-Man was released?) I've been excited to see a new version of Spidey, and nothing I've seen or read so far has dampened my enthusiasm for this film.

Case in point - a new article on The Hollywood Reporter that offers some interesting quotes from Webb, and Spidey's (and Andrew Garfield's) galpal, Emma Stone. Sounds like Webb wants to create an entirely new cinematic world for Spider-Man that will set his movie(s) apart from the Raimi-helmed flicks. Check out a couple of highlights below, and for the full scoop, head over to the article on THR. 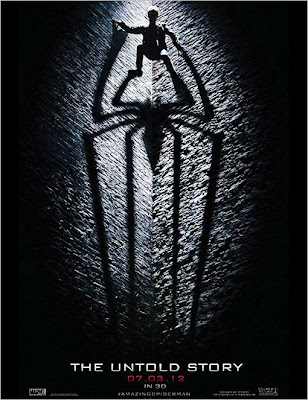 Stone was asked about her character, Gwen Stacy, and if Gwen is an intellectual match for Peter Parker.

"Yes, because he's second in their class. I think that's a huge part of her attraction to Peter, that he's a stand-up guy in this version of the movie. I mean, from the very beginning, he displays some very heroic qualities, but he's mysterious to her; they haven't really ever connected even though they've been in school for a long time. So her attraction is very clear from the very beginning; it's not him coming after her, it's kind of more her interest is piqued by him." -Emma Stone

Webb was asked how much the The Amazing Spider-Man relies on Raimi's version of the character.

"It’s a totally independent universe, and we make different assumptions about certain parts of the character without subverting the iconography of Spider-Man. There are certain obligations we have -- like he wears a suit and he gets bitten by a spider -- but the context surrounding that is new and different and set off by an event that happens years before. And it's a new story in that sense." -Marc Webb

Webb also points out the underlying theme of ASM and how it's different from the first trilogy.


"Well, there is a certain amount of things that we wanted to do in it, like the mechanical web-shooters, for example, which was partly a way to dramatize Peter Parker as a science whiz and his science abilities. But there’s things that we felt obligated to differentiate ourselves in a certain way. But really to me what was interesting is that it's a story about a kid who grows up looking for his father and finds himself. Right? And that’s something we haven't seen before, but everything emerges from that, and I wanted to define the movie according to those terms. And so it doesn't rely on that universe, it doesn't contradict it necessarily, but it's a different world." - Marc Webb

What do you think of Webb's comments about this being "a different world"? Are you convinced that ASM will be as good or better than the original Spidey trilogy, or are you still skeptical?