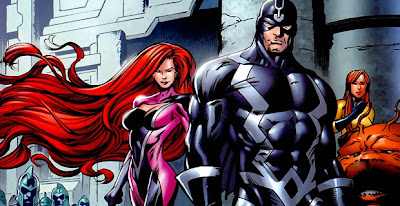 Earlier this week Marvel revealed who'll play the lead characters of Black Bolt and Medusa, and now it's time to meet the rest of Marvel's Inhuman royal family!


The big-budget adaptation of Marvel's Inhumans comic books will debut in IMAX theaters in September 2017 and then appear on the ABC network soon after.


“'Marvel’s Inhumans'” explores the never-before-told epic adventure of the royal family including Black Bolt, the enigmatic, commanding King of the Inhumans, with a voice so powerful that the slightest whisper can destroy a city." - Marvel