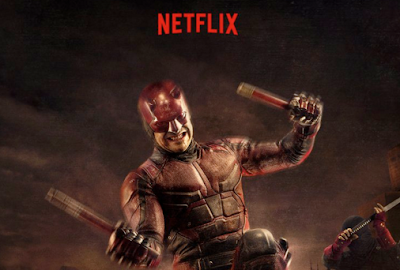 Looking for something to do over your holiday break?

How about watching (or re-watching) all of the Marvel shows on Netflix?

Check out a new video from Netflix and Marvel encouraging us to binge the first two seasons of Daredevil, as well as the debut seasons of Jessica Jones and Luke Cage.


Arriving in 2017 will be Marvel's The Defenders, which teams up all the Marvel/Netflix characters.


"Marvel’s The Defenders follows Daredevil, Jessica Jones, Luke Cage and Iron Fist. A quartet of singular heroes with one common goal - to save New York City. This is the story of four solitary figures, burdened with their own personal challenges, who realize they just might be stronger when teamed together." - Marvel