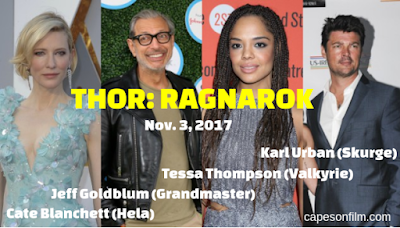 Of course Chris Hemsworth returns as the titular hero, alongside Mark Ruffalo as Bruce Banner/Hulk.

From the official announcement -


"The continuation of the epic Thor franchise will be powerful and unique, and with the additions of Cate, Jeff, Tessa, Karl, and Mark to the cast we have the makings of his most dangerous and heroic adventure yet,” said Producer Kevin Feige. “The sheer, raw talent each of these actors brings to the screen can’t be quantified. Having any one of them join the Marvel Cinematic Universe would be an honor, and having all of them is incredible.”