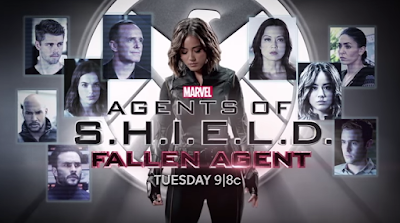 Checkout a preview for Agents of SHIELD season three finale, which is a two-parter. Episode 321 is titled "Absolution", while episode 322 is titled "Ascension". Both episodes air Tuesday, May 17.


“Absolution”/”Ascension” – "It’s a showdown a season in the making as S.H.I.E.L.D. takes on Hive, and when his master plan is finally revealed, the team must spring into action. Who will live, and who will die? Things heat up in the exciting two-hour season finale of “Marvel’s Agents of S.H.I.E.L.D.,” TUESDAY, MAY 17 (9:00-11:00 p.m. EDT) on the ABC Television Network." - Marvel