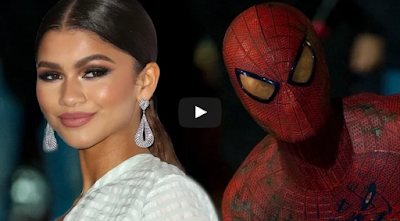 Another big casting report to share today! It looks like Zendaya will have a major role in the upcoming Marvel Cinematic Universe Spider-Man movie.

According to online reports, the rising star actress will play a character named Michelle opposite Tom Holland's Peter Parker.

Thanks to Clevver Movies for the Marvel news!