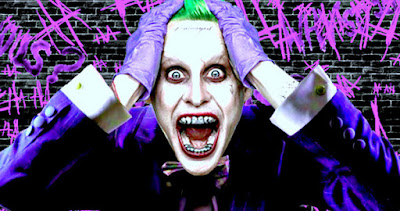 Here's some interesting news about DC's upcoming Suicide Squad, which opens August 5, 2016. Viola Davis, who plays badass Amanda Waller in the super-villain saga, talked recently about her time on the Suicide Squad set.


"The Joker. He did some bad things, Jared Leto did. He gave some really horrific gifts. He had a henchman who would come into the rehearsal room, and the henchman came in with a dead pig, and plopped it on the table, and then he walked out. That was our introduction to Jared Leto. Now I'm terrified as a person thinking 'Is he crazy?' but the second part was 'Oh shit! I got to have my stuff together.' You talk about commitment and then he sends Margot Robbie a black rat. It was still alive in a box. She screamed, and then she kept it."

Check out the full Viola Davis interview below.