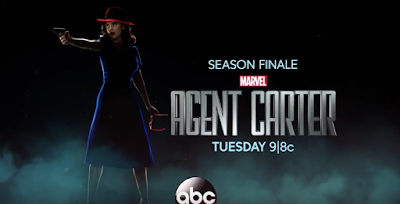 ABC has released a pair of clips from the season two finale of Agent Carter, and it looks like the series will end the season on a most dramatic note.

Note: Given that star Hayley Atwell has signed onto another TV series, there's speculation ABC won't renew Agent Carter for a third season.


"On the exciting Marvel's Agent Carter season 2 finale, "Hollywood Ending," Peggy (Hayley Atwell) needs Howard Stark to eliminate Zero Matter as they are faced with a mission none of them could come back from." - ABC