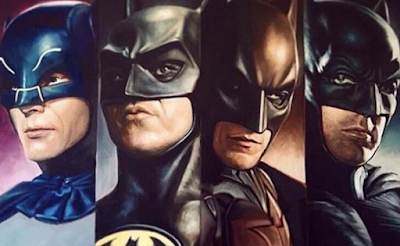 With the release of Batman v Superman: Dawn of Justice fast approaching (March 25), fans are creating some cool artwork to mark the occasion.

I wanted to share the image below from a Batman fan that shows the Dark Knight and his greatest foe - The Joker. It's not clear exactly when Ben Affleck's Batman will face off with Jared Leto's Joker in the DC Extended Universe, but part of the fun is imagining what that confrontation will look like.

Have a look and let me know what you think of the image.

Unstoppable Forces
vs
Immovable Objects
"You and I, are destined to do this forever. " pic.twitter.com/2LKwJtp8Ni
— BATMAN (@Batmancanseeyou) January 30, 2016