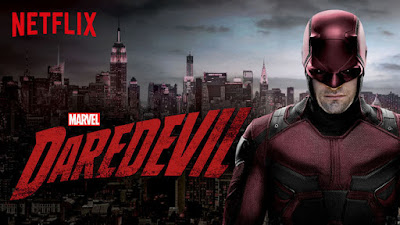 A report surfaced yesterday saying the upcoming Netflix Original Series Marvel's Jessica Jones will have a visit from Daredevil (Charlie Cox). As of today (10-30-15) Marvel hasn't confirmed any details about the crossover of its Netflix shows, however we do know that eventually they'll join forces.

Movieweb has the full story below.