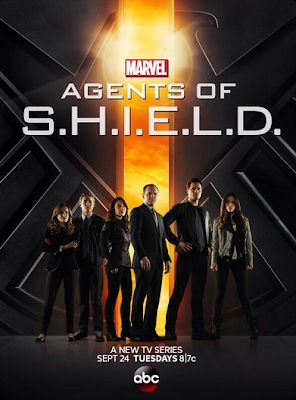 Get ready for the Sept. 24 premiere of 'Agents of S.H.I.E.L.D.' by checking out a brand new plot synopsis from Marvel and ABC TV. Just in case you've been off-planet for the last few months, AoS is the highly anticipated new series that'll bring Marvel's wildly successful Cinematic Universe to the small screen.

S.H.I.E.L.D. stands for Strategic Homeland Intervention Enforcement and Logistics Division, and its mission is to protect the world from new threats that no one else can handle. The pilot episode was written and directed by Joss Whedon, who also helmed 'The Avengers', as well as cult TV favorite 'Buffy the Vampire Slayer'.

Before you scroll down to the synopsis, see what the stars of the series and Mr. Whedon himself have to say in the video below.

"These agents of S.H.I.E.L.D. have a mission: To investigate the new, the strange and the unknown around the globe, protecting the ordinary from the extraordinary.

In the premiere episode, “Pilot,” it’s just after the battle of New York, and now that the existence of super heroes and aliens has become public knowledge, the world is trying to come to grips with this new reality. Agent Phil Coulson is back in action and has his eye on a mysterious group called the Rising Tide. In order to track this unseen, unknown enemy, he has assembled a small, highly select group of Agents from the worldwide law-enforcement organization known as S.H.I.E.L.D. (Strategic Homeland Intervention Enforcement and Logistics Division). The group’s first assignment together as a team finds them trying to track down an ordinary man who has gained extraordinary powers. Powers that could have devastating consequences." - via Marvel

For you ultra-Marvelites, here's a tidbit that might get you even more psyched for the premiere. ScreenRant's Kofi Outlaw has pointed out several clues that indicate the return of an important concept that was last seen in 'Iron Man 3'. If what Outlaw theorizes is true, it could be considered a spoiler, so I'll just direct to the link above for more info. I gotta say, his theory makes sense though, and if this "thing" is in AoS it would provide some interesting story possibilities.

Finally, Marvel provided the full cast listing below. Some of these names might be a tad unfamiliar now, but that's about to change.