Guardians of the Galaxy - New Images Hit The Web 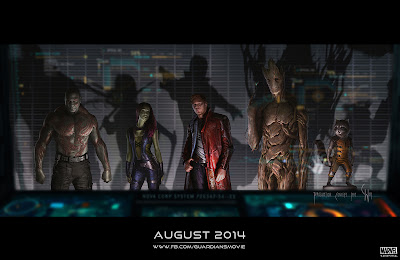 Leaked footage from Guardians of the Galaxy was the big news yesterday. Did you see the clip before the suits at Disney yanked it off the internetz? Fortunately, I was able to take a peek at the 30 second clip, and I must say it looked impressive. The more I think about this movie, the more pumped I am to see it. Even though it was just 30 seconds, the clip gave the impression that GotG will be a thrill ride like we haven't seen before.

Before the clip was removed, somebody made a batch of cool GIFs that give us a look at the characters. The clip was the same one Marvel showed at San Diego Comic-Con last month, and it shows the main characters breaking out of some sort of prison. Even though this is rough footage, the GIF of Rocket Raccoon is amazingly badass. Kudos to whoever did the visual effects.

Whaddya think of the clip and the GIFs?