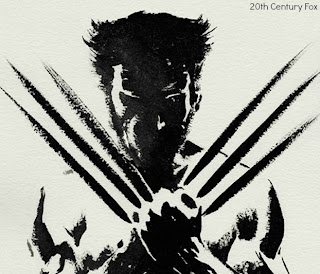 I just wanted to share this roundup of articles about The Wolverine that I've posted over the last 3 years. The movie's been in development for about a decade and it had several delays. I started posting about it in September of 2010.

In October of 2010, Darren Aronofsky was hired as director, but he left the movie a few months later. The production spent the spring of 2011 in limbo, but, in June, director James Mangold was brought on to helm the picture.

About one year later, in August 2012, we got our first look at on-set pics from the Australian location. In March 2013, the first trailer dropped. I have to say, between March and the movie's opening on July 26, the marketing and promotion of the film was outstanding. I don't think a week went by where we didn't see a new poster or clip of the movie.

Anyway, take a look at some of these posts and see the long road The Wolverine had to travel in order to make it to the screen.


Articles On 'The Wolverine'

Infographic Shows The Evolution Of Wolverine's Costume Through The Years (July 25, 2013)

It's Logan Versus Assassins In This New Clip From 'The Wolverine' (July 9, 2013)

Hugh Jackman Breaks Down the Trailer for The Wolverine (April 1, 2013)

Check out the First Pics from the Australian Set of 'The Wolverine' (August 6, 2012)