Christian Bale Says He Won't Be Batman In 'Justice League' 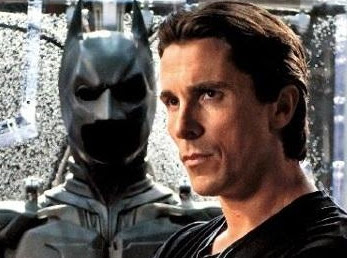 We can put all the rumors to rest. Christian Bale will not be suiting up as The Dark Knight for a fourth time in the Justice League movie. At  least that's what Bale recently told Entertainment Weekly, while promoting his next film Out of The Furnace (11-27-13). He seemed quite adamant that The Dark Knight Rises was exactly how he wanted to end his Batman era and that another movie is (apparently) out of the question.


Check out what Bale told EW

“We were incredibly fortunate to get to make three [Batman films]. That’s enough. Let’s not get greedy. Chris [Nolan] always said he wanted to make it one film at a time. And we ended up sitting there looking at each other, saying ‘We’re about to make the third.’ We never really knew if we were going to get to be there, but if that was how it was going to be, this was where it should end as well.”


Bale on 'Justice League': "I have no information."

Bale went on to emphasize that he's had no contact with anyone at Warner Bros. regarding the Justice League movie (which is reportedly slated for a 2015 release) -

”I have no information, no knowledge about anything. I’ve literally not had a conversation with a living soul. I understand that they may be making a Justice League movie, that’s it.”

Finally, the Oscar-winner mentioned that he has no regrets about a new actor taking on the role of Batman and he's looking forward to "...what somebody else can come up with."

Okay, so let's take Bale at his word and go on the assumption that he'll never wear the cape again. Now the question is - Who will answer the Bat-signal in the Justice League movie? I've heard a couple of names rumored to be in the running, but as of today (7-2-13) no one seems to be in the lead. Who do you think will win the role of a lifetime?