The Reviews Are In - Critics Sound Off About Man of Steel 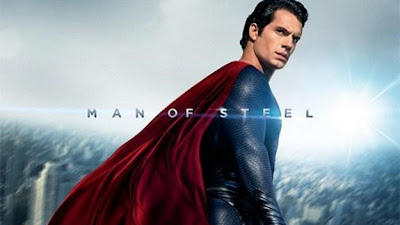 Man of Steel's been in theaters for a week now, and the conversations about the strengths and weaknesses of the Superman reboot are heating up. I've been reading reviews (and the comments on the reviews) from all over the web, and it's amazing how divided people are about the movie.

One thing's for sure, though, despite some less-than-stellar reviews, the box office results don't lie - audiences love Man of Steel. The movie's an incredible success at the box office, setting a record for the biggest ever opening in the month of June.

I thought it would be fun to collect some of the reviews from around the internetz and do a quick comparison of the different opinions. It's interesting to see the different reactions people have toward Man of Steel, but before you check out the reviews, I have a favor to ask.

If you have a Google+ account, how about adding Capes on Film to your Circles, so you can stay in touch.


Now, on to those reviews -

The Problem(s) with Man of Steel - by Kelly Thompson (comicbookresources.com)

Thompson lays out in detail why MoS was a complete failure, as not only a superhero movie, but as a movie in general. She does point out a few positive points about MoS, such as the character of Faora Ul, and Henry Cavill's and Amy Adams' performances. One of her biggest complaints about the film is the overall tone -

"...Man of Steel takes itself so seriously it actually becomes impossible to take it seriously."
﻿﻿﻿
﻿﻿﻿﻿
Man of Steel, Since You Asked - Mark Waid (thrillbent.com)

Waid is the reknowned writer of critically acclaimed Superman comic book stories, such as "Birthright". To put it bluntly, Waid hated MoS. He especially despised the way Superman didn't really seem to care about protecting people. The scene he points to as an example of Supe's disregard of human life is when the Kryptonian ship is destroying Metropolis and Kal-El is on the other side of the world battling the other ship, while

"...thousands of innocents per second are dying gruesomely on his watch."

Wakelin loved Henry Cavill's performance and thought he owned the role from the start, but she hated the climactic battle scene.

"Once Superman has been revealed, the super-battles start and they never end."

Overall, this is a very positive review, but like many others it points out the huge collateral damage that occurred in the Battle of Metropolis - and Supe's apparent disregard for the thousands of casualties. Ekeke gives high marks for the opening scene on Krypton and he loved the political intrigue between Zod and Jor-El. Unlike many reviewers, he thought the way Supes dealt with Zod at the end made sense.

"...he had to make a very real choice between the lives of civilians and the last of his kind."

Dargis praises the performances of Cavill and the rest of the cast, especially Michael Shannon as Zod. She also praises the first 100 minutes of the film, saying Snyder is "...in control of his material..." and his use of flashbacks is "...fluid and apt." Dargis also gives high marks to the underlying story of Kal-El as an outsider -

"...it's possible to remain hooked on the resonant origin story that wends through 'Man of Steel' - that of the immigrant."

Personally, I thought Man of Steel was a great superhero movie, but it was far from perfect. I totally admit that, as a reviewer, I'm more forgiving of a movie's sins than a lot of people are. In other words, a movie has to be an absolute mess before I call it a "fail". Having said that, I have to agree with a lot of reviewers who had issues with the Battle of Metropolis. I feel like it was a big mistake to show that much destruction and give the impression that Superman didn't care about the collateral damage.

How would you grade Man of Steel? What's the number one thing you liked and what's your biggest gripe?