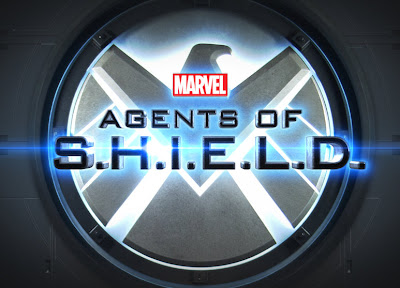 The Marvel Universe will soon return to prime time TV after a 30 year absence, with Agents of S.H.I.E.L.D.!

The world got its first look at the show recently thanks to a badass trailer - you saw it, right? If you somehow missed it, no worries - the newest, extended version is below for your viewing pleasure. Plus, I pulled together a bunch of S.H.I.E.L.D.-related goodies that'll catch you up on everything we know about the show.

Granted, there's still a lot we don't know, such as how Phil Coulson is alive and well after apparently "dying" in The Avengers movie, but hey - we'll take what we can get.

If you haven't seen it yet, here's the official synopsis from ABC -

"Clark Gregg reprises his role of Agent Phil Coulson from Marvel's feature films, as he assembles a small, highly select group of Agents from the worldwide law-enforcement organization known as S.H.I.E.L.D. Together they investigate the new, the strange and the unknown around the globe, protecting the ordinary from the extraordinary. Coulson's team consists of Agent Grant Ward (Brett Dalton), highly trained in combat and espionage; Agent Melinda May (Ming-Na Wen), expert pilot and martial artist; Agent Leo Fitz (Iain De Caestecker), brilliant engineer; and Agent Jemma Simmons (Elizabeth Henstridge), genius bio-chemist. Joining them on their journey into mystery is new recruit and computer hacker Skye (Chloe Bennet)."

First up - check out these "declassified" I.D. badges for the agents who'll be fighting to keep the world safe this fall.

Now, how about that extended trailer? Every time I watch this, I'm more impressed by how this show looks.

Last week, the ABC television network held "upfronts" (a chance for advertisers to see shows before they purchase commercial time), and that's when a lot of new info on the show came to light. Writer/director Joss Whedon talked about how the show isn't just an action spectacle.

"Everything has to push 'character' forward, including action. We don't want 'spectacle' characters, we want some spectacle that addresses character. We always want the two to mix."

If you're worried that the show won't include any aspects of the Marvel Cinematic Universe, don't. Whedon promised that the events in Agents of S.H.I.E.L.D. won't conflict with anything in the Marvel movies.

"We're absolutely on top of all the movies. We never contradict, replicate -- we will be flowing in between them, maybe occasionally we'll throw something in that foreshadows [or] echoes but we're very much beholden to the Marvel Cinematic Universe."

Who Is The Mystery Man?

One of the biggest unanswered questions about the show concerns the character that J. August Richards is playing. The trailer shows him doing some superhuman stuff, so rumors flew that he was playing either fan favorite Luke Cage or maybe a character known as Rage. Despite the best efforts of internet sleuths, as of today (5-21-13) there's still no official word on who Richards is playing. However, Jefferey Bell, one of the producers of the show, spoke to IGN and had this to say on the matter -

"[J. August Richards] killed it! He's so good. He's so good, because we were looking for this character M-- I almost said his name. It's not the one people are talking about..."

Is He Luke Cage?

"I'm going to say that's an interesting Marvel character, but no. But he (Richards) came in and killed it. Honestly, we were looking for this part, and we just said, 'look, all our parts are open to all diversity.' So the fact that we have a black dude who is awesome and it's J, was just because he was the best actor. It wasn't like, 'You know who...!'"

Hmm, the mystery deepens. I wonder if Marvel/ABC will be able to keep the name of the character secret until the show debuts in September?

Finally, if you want to meet some of the actors who'll play the Agents of S.H.I.E.L.D., check out the video below via Access Hollywood. Interviewed are - Clark Gregg (Agent Coulson), Ming-Na Wen (Agent May), and Elizabeth Henstridge (Agent Simmons).

Did I neglect to mention any news about Agents of S.H.I.E.L.D. or have you heard any rumors you want to share? Hit me up in the comments.


Circle Capes on Film on Google+