Why Is The New Superman Movie Called Man of Steel? 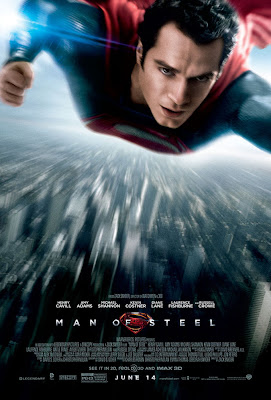 Wondering why the new Superman movie is called Man of Steel? Apparently the brain trust behind Supe's mega-budget reboot wanted to separate their take on the iconic character from all those that came before. I really can't blame them for wanting to distance this version from the earlier Superman movies. Let's face it, with a few exceptions, most of the big screen Superman adaptations have been less than stellar.

Basically, the choice of the title came down to a marketing decision, as David S. Goyer (Man of Steel's screenwriter) explains in the podcast below. The podcast covers lots of topics, so skip to minute 44 to hear the part about Man of Steel.

Here's the text of David S. Goyer's remarks about Man of Steel  -

“I would say that the marketing began early on in that we decided not to call it Superman, that was very deliberate.”

“That was Chris [Nolan] and I, Man Of Steel, and Warner Bros. said, ‘Why?” And we started talking about it, and we said, ‘We want a line of demarcation in the sand between the old and the new.’ We always knew we would be using the Superman glyph or the shield as we call it. But Man Of Steel was also supposed to represent our take, which was he’s a man, but he’s not made of flesh and blood, metaphorically he’s a man of steel. So that was sort of like the whole thing wrapped up in a nutshell.” - David S. Goyer

Man of Steel opens on June 14