The Wolverine - Check out the First Trailer! 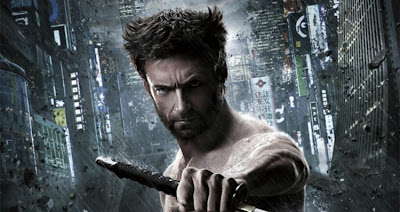 Here it is! The first full trailer for The Wolverine! Earlier this week, we got a glimpse at the long-awaited movie in the form of a 6 second Vine from director James Mangold. Today the trailer dropped, and I must say it looks mighty impressive.


If you were immortal, would it be a blessing or a curse?

It looks like the burden of immortality that Logan bears is theme of The Wolverine. We see him traveling to Japan to somehow reverse the procedure that transformed him into the killing machine he's become. Apparently, Logan saved a man's life in World War II, and now that man wants to repay the debt. The now elderly man, named Shingen Yashida, (played by Hal Yamanouchi) tells Logan -


"You have struggled long enough. I can end your eternity."

Also spotted in the trailer - we get a short peek at Logan in full-on beserker mode as he battles ninjas and the Japanese mafia, as well as a surprising cameo by a certain telepath.

Also seen - one of the main villains, Viper - as played by Svetlana Khodchenkova, and Logan's love, Mariko - portrayed by Tao Okamoto. There's a lot to talk about in the trailer, but there's no need for me to blabber on. Watch and let me know what you think. After the video, check out a few choice quotes from Mangold as he describes some key points about the movie.

Update 3-27-13: Shortly after the USA trailer dropped, Fox released the international version with more footage. Check it out below.

Director James Mangold spoke to Entertainment Weekly and explained a bit regarding Logan's thinking and the other characters in the film. Thanks to MTV for the heads up.


"He realizes everyone he loves dies, and his whole life is full of pain. So it's better that he just escapes. He can't die really. He just wants to get away from everything."

As for the deadly Viper, here's how Mangold described her -

What about Logan's involvement with the beautiful Mariko Yashida?


"At the time this movie opens, there's a kind of gangland war going on between law enforcement and the Yakuza, and there's been a lot of kidnappings and extortion. So [Mariko's] someone who's under threat."

Another character who plays a prominent role in Logan's journey to Japan is the tough, young woman, Yukio - played by Rila Fukushima. What's Logan's relationship with Yukio?


"I would say [Wolverine and Yukio] have a unique relationship. She's lethal herself. She's a tremendous fighter... I think she's both sexy and almost kind of sprung from the anime world. It's a real badass character."

Okay, so whaddya think about our first good look at Wolverine's long-awaited solo adventure? Does it have enough sword-wieding ninjas and adamantium-clawed, mutant ass-kicking for you?