Sorting out the Hulk Movie Rumors 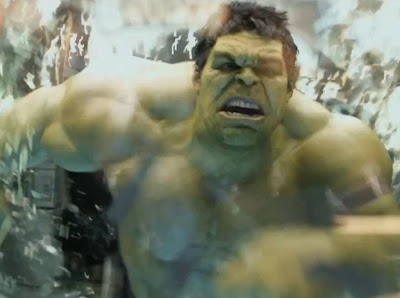 I don't usually post stuff about rumors circulating on the internets, but every now and then one pops up that's too big to ignore. Just in case you've been comatose for the last few days, a major rumor surfaced involving Phases 2 and 3 of Marvel's Cinematic Universe.

On February 3, Latino Review claimed to have a source within Marvel Studios who knows what Marvel is planning many years in the future. LR has a pretty good track record when it comes to predicting Marvel's next move, so I think there could be some truth to this one.


If true, this is a huge spoiler - so turn back now if you'd rather be surprised.

Okay, still with me? Cool.

Since we have a long time to discuss this rumor (like, maybe three years), I won't go into a lot of detail. I just want to give you the basic outline and then get your take.

Like I said, this is the condensed version of the rumor. El Mayimbe does a great job of connecting all the dots of Marvel's master plan on his blog.


My Thoughts on the Rumor

First of all, I'm giving LR the benefit of the doubt, and if he says he has a source then so be it. However, that doesn't mean everything his source heard or saw is written in stone. Screenplays go through several revisions before a movie hits the screen, so chances are the final product will look very different from what LR is reporting. I wouldn't be surprised if Marvel has several variations of the same plot - with different writers working on each screenplay. Who knows if the version that LR learned about is the one Marvel will go with?

Having said that, I think a scenario in which Hulk is the key player makes perfect sense. He stole the show in The Avengers and I think Marvel knows they have a fan favorite in the Jade Giant. Also - the outer space theme makes sense because Marvel has already announced a sci-fi-ish movie - Guardians of the Galaxy - will be in Phase 2. However, I think the details that LR gives in his outline involving how Hulk winds up in outer space are a little dodgy. I'm betting that Marvel is still developing the finer points of their overall scheme, so I'm skeptical about some of what LR  reports.

Alright, you know the basics of the rumor and hopefully you checked out the full report on Latino Review. What's your take on this massive rumor?

Can you see any of this actually happening or do you think LR is way off base?