'The Wolverine' Director Talks about Logan 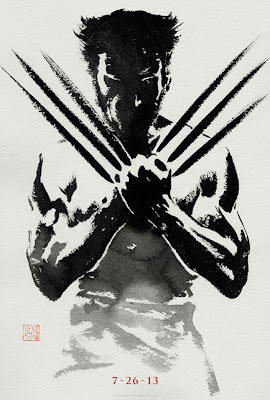 Hey everybody, just a heads up about a great interview with the director of The Wolverine, James Mangold. Anthony Breznican of Entertainment Weekly posted a three page article that goes into detail on what we can expect when The Wolverine opens on July 26.

The article makes for interesting reading not only about The Wolverine movie, but also superhero movies in general. There's a ton of info in this interview and I highly recommend  it, especially if you're a fan of the adamantium-clawed mutant. If you want the condensed version, I can describe The Wolverine in three words: pain - despair - loss. That's the overall theme that I detected from Mangold's description of the film. Mangold also emphasized that Logan's invincibility - his healing factor - is one of the most fascinating aspects of the character.

I never really thought about it, but yeah I see what Mangold means...what would it be like to feel no physical pain or injury, but still feel emotional pain and suffering?


Key points from the EW interview with James Mangold

"For me, the idea of making a film with hardcore action, with physical action like I grew up reading in the comic books, but also with a heart – and this character has great heart – to me, it’s no different from making a western." - James Mangold via EW

Those are just a few of the nuggets you'll find in the interview over on EW. Check out the whole shebang at the link below. What are you most excited about seeing in The Wolverine?

'The Wolverine': New film cuts deep into Hugh Jackman hero | Inside Movies | EW.com:
'via Blog this'