Four Awesome Things about The Avengers

It's finally here - The Avengers - the culmination of fifty years of comic book history, seven years of planning by Marvel Studios, and five blockbuster films that set the stage for the superhero epic. By now you've heard that The Avengers more than lives up to fans' expectations and you've already seen it or will soon. Really, at this point another review by yours truly is hardly necessary, but I would like to hear what you thought about the movie. Below, I listed a few things that I thought about in the few hours since I saw it today. I've been careful to avoid mentioning any spoilers - these are just some thoughts on the overall picture and what impressed me. 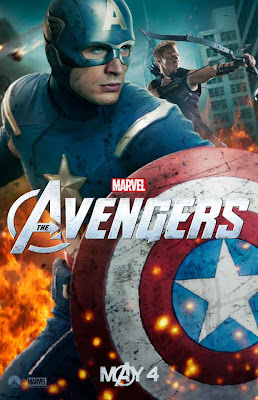 The Screenplay - I think the screenplay by Joss Whedon is an incredible piece of work. It somehow manages to give each major character a chance to develop some depth and a backstory without bogging down the pace.  By giving each of the Avengers a chance to develop before the main action starts, the movie avoids being just another CGI-fest in which you really don't care about the characters. Also - this is one of the funnier movies I've seen this year with several laugh out loud scenes and some memorable lines of dialogue.

The Visual and Special Effects - The Avengers is a fantastic-looking movie from start to finish. From the S.H.I.E.L.D. Heli-carrier to the climactic battle and everything in-between, the "look" of this movie is dialed in perfectly. Special mention goes to the designers and artists who worked on the Iron Man scenes. They managed to create an exo-skeleton for Tony Stark that's even cooler than previous versions, but at the same time realistic. This is also the best version of Hulk we've seen yet. For the first time in Hulk's movie history, his facial features actually resemble the actor portraying Bruce Banner (Mark Ruffalo).


Watch the trailer for The Avengers here


The Cast - The Avengers has one of the most talented group of actors of any movie in recent memory. What's even more remarkable is that there's no one star that's featured above the rest. I can tell that everyone in this cast knew that they were collaborating on something extraordinary - something never done before - and it showed in their performances. Special mention goes to Tom Hiddleston, who of course plays Loki - Thors's brother and a seriously pissed off villain. Hiddleston was on the screen more than any other character (I think) and he was a pitch-perfect combination of murderous rage, brilliant intellect, and fragile ego. Loki is one of the most memorable screen villains in a long time. 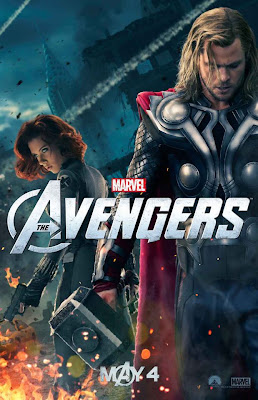 Joss Whedon - Of course, a huge credit for the triumph of The Avengers goes to director and screenwriter, Joss Whedon. I must admit, when I first heard Whedon had been tapped to direct the movie, I was skeptical. I thought Marvel needed someone with more experience with huge-scale action pictures, but it turns out I was dead wrong. I don't think anyone could have nailed this movie any better than Whedon. He got everything right - the overall tone was perfect; there was a brilliant mixture of character scenes, action set pieces, and genuinely funny moments; and finally, it was clear that Whedon understood these characters deeply and he was careful to showcase the strengths and abilities of each one. The pressure on him must have been tremendous, and Whedon did nothing more than deliver an instant classic.

There you have it - a few of my favorite things about The Avengers. I could go on about my admiration for this film, but like I said earlier, I'd rather hear what you liked or didn't care for. Please leave a comment or two, and if you liked this article, share it with your friends on Twitter, Facebook, or Google+. Thanks!