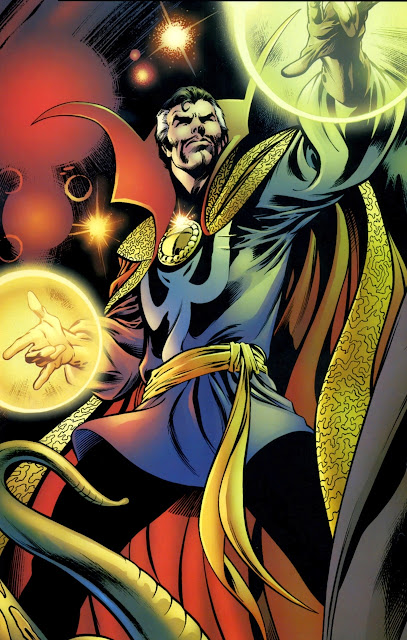 Marvel Entertainment is moving ahead with plans for a movie based on one of its earliest and best known supernatural characters, Doctor Strange. It's reported that a screenplay featuring Stephen Strange, the surgeon turned sorcerer, has been submitted to Marvel from the writing team hired in the summer of 2010.

Most likely, Marvel is going to weave some of its other cinematic universe elements into a Strange movie, since the good Doctor isn't that well known to mainstream audiences. Marvel even hid a Doctor Strange "Easter egg" in a recent movie (As a hint that Strange will be seen in future films, perhaps?). Sharp-eyed viewers caught a glimpse of Strange's mystical amulet, The Eye of Agamotto, in Odin's Vault in the recent Thor. 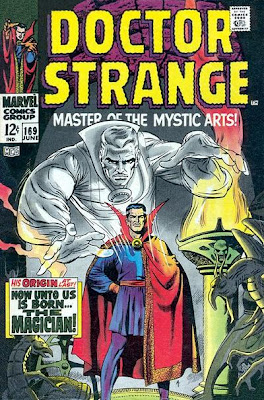 "An adaptation of “Doctor Strange” has been knocking around Hollywood for years and its easy to see why. For those of you out of the comic world loop, the character is a self-centered New York surgeon who can no longer practice after a car accident. He becomes a drifter, finds his way to a healer in the Himalayas, and learns to tap into psychic powers to battle evil wizards and other bad dudes. His mind is his weapon and his powers include energy and astral projection, teleportation, telepathy, creating shields and more. It’s no wonder then that the property, licensed out to various studios over the years, has attracted a number of writers and directors including Bob Gale, Wes Craven, David Goyer, Stephen Norrington andGuillermo del Toro. Oh yeah, remember “The Illusionist” with Edward Norton? He said he modeled his character after Dr. Strange (and too bad he already played Hulk because really, he’s a great fit for the role). But with Marvel back in control, they will undoubtedly stay reverential to the source material." - Kevin Jagernauth

Read the entire Playlist article at the link below.